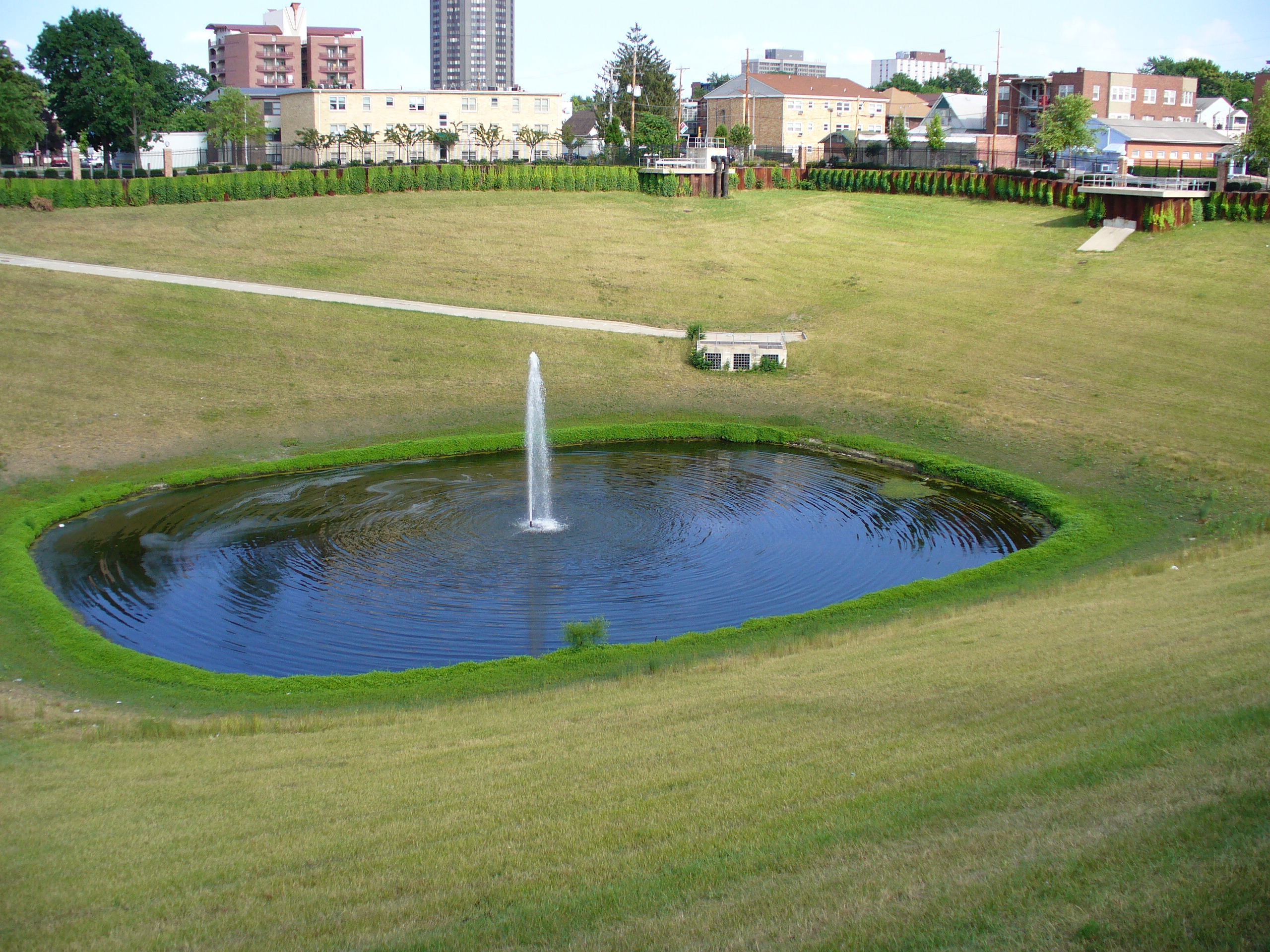 The purpose of this case study was to evaluate the performance of PennzSuppress® D as a product to reduce surface soil erosion during grass seed germination. Observations were made to evaluate vegetative growth, erosion, and area rainfall.

The site chosen for study was a storm water detention basin located adjacent to Spring Creek which is under the authority of the Harris County Flood Control district. The site is located next to Spring Gully, south of Louetta Road and east of TC Jester Road in the Klein, Texas area, north of Houston. Excalibur Construction, Inc. was the contractor chosen for excavating, grading, seeding and treating the soil lining the retention basin. Champions Hydro Lawn, Inc. was the firm subcontracted to seed and treat the detention basin.

The area which was seeded and treated consists of five acres of 3-to-1 graded slopes and another two acres of top road /back slope swales surrounding the detention basin. Work began on September 6, 1996. The slopes were multi-packed with a 1:1 Bermuda/Winter Rye seed mixture at a depth of 1/4 inch and then treated with a 15:1 dilution of PennzSuppress® D. The PennzSuppress® D was applied in one pass at a rate of 0.5 gallons per square yard. The top was treated with the same 15:1 dilution applied in one pass at 1/4 gallon per square yard. No hydro-mulching (cellulose) or straw was applied. A total of 380 gallons of concentrate was applied. It is important to note that the site received rainfall which totaled approximately one inch on the same day of this initial application.

At a later date, the site was vandalized by privately owned vehicles which were driven on some of the slopes. These areas were retreated with 15:1 diluted PennzSuppress® D. Thus, a final total of 397 gallons of PennzSuppress® D concentrate was used to complete the job.

Observations by the seeding contractor, Champions Hydro Lawn, Inc., indicates that PennzSuppress® D performed well and will be recommended for use in other similar type projects. According to Mr. Lou Triche, President of Champions Hydro-Lawn, Inc., in a letter to Excaliber Construction, Inc., “With proper attention paid to specifications of Harris County Flood Control Department, and the (use of) PennzSuppress® D soil sealant to hold the turf establishment process in place, the mixture of bermuda and rye grasses are very rich and very full. The project has experienced hard rains, a pest infestation, and hard, freezing temperatures in January. Enduring those natural hazards, the turf has provided a very strong resistance to erosion. The turf has qualified for approval by Harris County Flood Control Department.” Based on Pennzoil Products Company observations we agree with conclusions of Champions Hydro-Lawn. The grass was held onto the slopes after many days of rain. We did not observe any patches of grass growing at the flat bottom of the retention basin. Grass growing at the very bottom could indicate that seed could have been lifted and carried to the bottom of the basin.